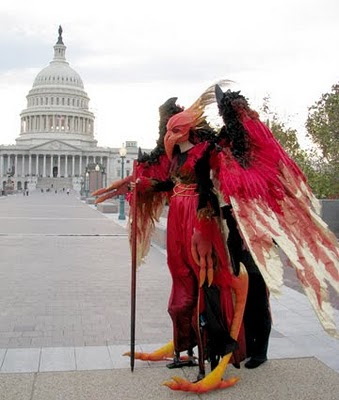 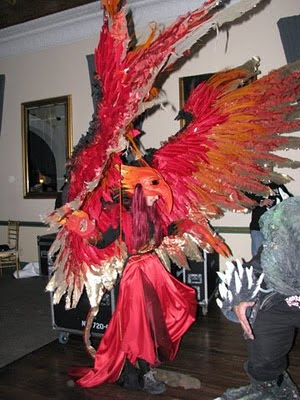 FAQs
Yes, that is me in the costume
Yes, I made everything that I am wearing with the exception of the stilts
No, it is not heavy. the wings are about 10-15lbs, like a moderately filled backpack
No, I'm not from Harry Potter (although I do enjoy the books) The Phoenix is a long time favorite symbol for me. I've worked with the imagery in multiple media on many occasions and have not grown weary of the subject yet.
1 comment:

For any and all who are interested in a commissioned pair of wings I would recommend visiting my Wings info page before sending your inquiry. 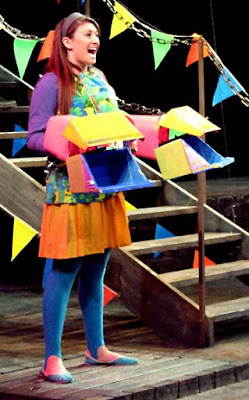 Hangar Theatre’s production of “Mike Mulligan and His Steam Shovel” included a few more shovels besides Mary Anne. The costume for the bright and lively Electric shovel included two clamping shovels, which were my responsibility to create. Grill tongs, trash cans, dust pans and foam coolers did the trick. Thank you Dollar Tree.
1 comment: